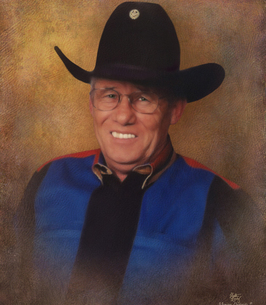 About 40 years ago, Glen moved from Big Spring, Texas to Pampa and shortly thereafter, he met the sparkle in his eyes, Barbara Landers. On April 20th, they had celebrated their 36th anniversary together and he was as smitten with Barbara as the day he first laid eyes on her. Although they were a blended family, you would never know that by the simple fact that Glen, very honorably accepted her family as his and never treated them any differently. He absolutely loved their family without waver; however, he never missed an opportunity to be ornery or even a prankster with some of his shenanigans!

Glen had retired as an electrician with the Pampa ISD after 27 years. In that time, he found himself in a few unfortunate situations, but each time proved to be a superhero by running towards danger rather than away to protect the safety of others. Glen was a member of the Masonic Lodge #966 and had served in the United States Navy.

Glen was quite a simple man who loved his family, worked hard, spent countless hours in his yard, helped anyone he could in any way needed and enjoyed laughter. He was very much the type of man many aspire to be. His kind and loving goodness will be missed by so many who knew him.

He was greeted in Heaven by his parents; three sons, an infant, Mark Preas, Robert “Dusty” Glen Preas and Michael Whisenhunt.

The family will be available Thursday, April 29th from 9 am until 12 pm should you wish to express personal condolences at Winegeart Funeral Home.

Should donations in honor of Glen be a preference, the family suggests they be made to the American Cancer Society, 1300 Summit Avenue, Fort Worth, TX 76102.