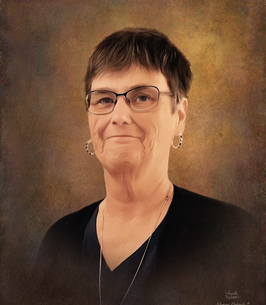 Elizabeth Ann Alexander, 70 years of age, of Canyon, Texas, formerly of Pampa, went home to be with her Lord and Savior on December 31, 2021, following a lengthy illness to be at eternal rest. She was born on August 4, 1951, in Shattuck, Oklahoma to Lawrence and Evelyn Pundt.

Elizabeth graduated from Canadian High School in 1969 then attended West Texas State University as well as Draughon’s Business College in Amarillo before marrying her forever sweetheart, James Edgar Alexander, on November 17, 1973, in Canadian. Shortly after, they moved to Pampa and remained for approximately 34 years. Throughout that span of time, Elizabeth could be seen as an employee of Security Federal Savings Bank, active at several church childcare centers, a host to numerous children as she had an in-home daycare and all the while, she was a Tupperware Manager for 35+ years (she was even selling it from her hospital bed and making the grandkids deliver it)!

Although she was born in Oklahoma, she dearly loved Texas and often stated that she “got here as quickly as she could!” She was a fan of Texas Rangers, Dallas Cowboys, and anything red, white and blue. Her family will forever cherish the family vacations, camping in the mountains, her fondness of traveling, the way she adored Mickey Mouse and her Disney Cruises. Elizabeth treasured many tangible things in life; however, nothing compared to the absolute love she had for her children, grandchildren, family and friends.

Upon her arrival to Heaven, she was anxiously greeted by her late husband, James Edgar Alexander; parents, Lawrence and Evelyn Pundt and son, Stacy Alexander.

Elizabeth will be available to pay final respects on Tuesday, January 4th from 5pm to 8pm with family available for a meet and greet from 5 to 7 at Winegeart Funeral Home, 303 N. Frost Street, Pampa.

Celebration of Life Funeral services are scheduled for 10:00am, Wednesday, January 5, 2022, at Highland Baptist Church, 1301 N. Banks Street, Pampa, TX 79065 with Brother Paul Nachtigall officiating. Burial will follow in Memory Gardens Cemetery. The family has entrusted the care of their loved one to Winegeart Funeral Home.