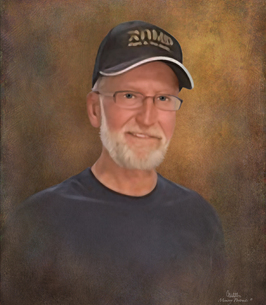 Douglas Neal Lasater, 66 years of age, of Pampa, Texas, will no longer endure the heartache of his late wife, Becky, as they were joined together for eternity on Friday, January 7, 2022. He was born on March 1, 1955, in Farmington, New Mexico to Tuffie and Lenoria Lasater.

In 1969, the family moved from Oregon to Pampa, allowing Doug to attend and graduate from Pampa High School in 1973. Following in his dad’s footsteps, he became a welder, not just any welder, but according to his daughters, the world’s best welder! He and Tuffie were given the opportunity to work on the Alaskan Pipeline together and were proud of their accomplishments there. Doug had a knack for making friends with anyone he met and since he traveled for work, had friends all over the country and remembered each one of them!

Doug had his eye on a special young lady for years and waited for God’s timing to allow them to cherish a bond for 27 years before her passing on September 30, 2017. He literally lived for Becky and when they were able to join in matrimony, he happily accepted her four kids as his very own. In many ways, he was their saving grace in the beginning of the relationship; however, following Becky’s passing, the kids, grandkids and his mom were now his saving grace.

Always one to be on the move and working on something, he enjoyed doing things for Becky and his mom. Possessing a kind and giving heart, he was willing to give anything he had. In the past, he had tinkered with photography as well as electric trains. His love for dogs, funny and sometimes cheesy personality will be missed by so many who knew and loved him.

Should donations be a preference, the family suggests they be made to the Pampa First Church of the Nazarene, 500 N. West Street, Pampa, TX 79065 in memory of Doug.

Celebration of Life Memorial Services are scheduled for 2:00pm, Thursday, January 20, 2022, at Pampa First Church of the Nazarene with Pastor Jimmye Cole officiating. The family has entrusted the cremation care of their loved one to Winegeart Funeral Home.