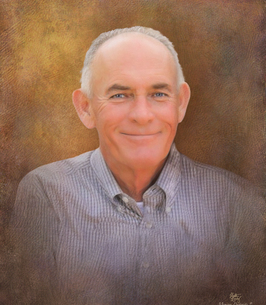 Dale Alton Sprinkle, after 73 years of sharing his love, meticulous wisdom, and continuous teachings to all, peacefully joined his beloved wife, Carol, in Heaven, while his family was at his bedside on Saturday, May 8, 2021 in Pampa, Texas. He was born on July 24, 1947 to Homer and Helen Sprinkle in Ardmore, Oklahoma.

While he was still young, Dale’s family moved to Pampa, and he graduated from Pampa High School with the Class of ’66. After which, he went to college in Denton and received his Bachelor of Psychology from North Texas State University (which became a very handy tool in reverse psychology trickery while raising his children), then eventually moved back to Pampa. On June 10, 1974, he married his true love Carol Ann Freeman, and together they raised seven children. Carol and the kids were his world. He worked very hard to provide what they needed, and with a large family, money was tight, but he was creative which allowed him the ability to cram six kids into a Volkswagen Beetle! More often than not, the Sprinkle household was chaotic – but Dale saw beauty in the chaos!

As if life wasn’t already busy enough, Dale and Carol owned and operated Building Maintenance Company, providing cleaning services for over 40 years. Dale’s attention to detail and awareness of his customer’s needs were attributes to the company’s long-standing success and high standards reputation. Dale put his life into his business and was very accommodating to others wishes above his own because he had such a servant’s heart.

Dale absolutely loved exploring God’s creation and natural beauty while walking, hiking, hunting, fishing, and admiring wildlife. In particular, he was fascinated with rocks and gems of all shapes, sizes, and colors, and was quite the collector of those which he found unique and beautiful. Also, he enjoyed gardening and was a wizard at growing tomatoes. At one time, he was featured in the The Pampa News for growing ten-foot-tall tomato plants. While he loved tomatoes, he had a serious weakness for sweets – especially homemade strawberry ice cream!

Handsome, intelligent, witty, gracious, soft spoken, selfless, humble and a quiet soul are just a few of the many words used to describe Dale; however, his all-encompassing unconditional love and warm smile are what initially attracted others to him. His easy temperament and gentle spirit left an impression on the lives of so many who will greatly miss him.

Those who welcomed him home in Heaven with open arms were his loving wife, Carol Sprinkle; his parents, Homer and Helen Sprinkle; a sister, Betty Burkhart and a brother, Alexander Sprinkle.

If you wish to make a memorial in honor of Dale, the family suggests they be made to the Parkinson’s Foundation, 200 SE 1st Street, Suite 800, Miami, FL 33131 or www.Parkinson.org.

In keeping true to Dale’s selfless manner, he chose to donate his body to science to further medical studies in hopes of saving others. Celebration of Life Memorial Services are scheduled for 2:00 pm, Saturday, May 29, 2021 at Hillside Christian Church Pampa Campus, 1633 N. Nelson Street, Pampa, Texas.

The family would like to acknowledge as Honorary Pallbearers: Mark Bookout, Jhony Lopez, Gary Cummings, Brad Burkhart, Bradley Burkhart, Kevin Costner, and Clint Costner. Thank you, gentlemen, for being so special and touching our dad’s life in ways that you did.

Dale’s children would like to express their gratitude to the 3rd floor nursing unit of Pampa Regional Medical Center for the compassionate care given to not only our dad but also to us as we sat by his side. Your attention to details and the little extra touches you provided did not go unnoticed! Thank you again.